Vaccines are not safe or effective

You will not find the information presented here in the mainstream media. Please do your own research and come to your own conclusions.  Please also come to these pages often as I will be adding to them often. 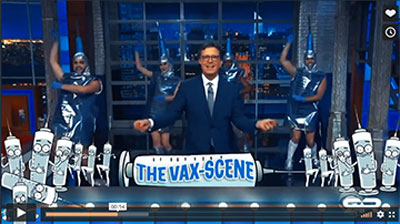 Greg Reese is an investigative journalist who backs all his statements with fact. Please take the time to check out his extensive list of videos. The one referenced here is titled:”The Vaccines Are 1000% More Deadly Than Covid-19.mp4″

“Many are now awakened to the harsh reality of depopulation and democide which we find ourselves in today. The end game is now out in the open: to destroy humanity under the guise of “transhumanism”.
What we have unfortunately learned is there are seemingly millions who will do whatever they are told by the system.

Multiple studies in the UK show that after the vaccine was introduced, Covid deaths increased 1000% and more than half are fully vaccinated. The numbers in New York City are showing the same.
Experts including the inventor of the mRNA tech have been warning about this since the beginning but silenced by the mainstream media.
Project Veritas has recently exposed how doctors and nurses are aware of the deadly nature of the jabs but care more about their jobs. Even low level Big Pharma employees care only about the numbers.
It is an all out attack on the human race. We knew this over a year ago because we know their white papers.
Which is why we know what comes next:
Man, fused with machine in a lab. The end!
Only the unbrainwashed can see it.
Senior flight surgeon for the US army warns that vaccinated pilots are unfit to fly.
The only way through to freedom is for the people to say no, which is .
Humanity standing up against the most sophisticated tyranny that mankind has ever faced. All while the mainstream media continues to ignore it.
Continuing to wake people up is our road to liberation.
It is the truth that shall set us free.”
Greg Reese, forInfowars 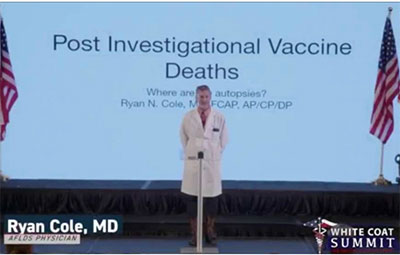 “What we’re seeing in the lab is that the shots dysregulate the immune cells. I have seen a 10 -20 fold increase in uterine cancer in the last 6 months — since we started the shots. How much increase in cancer will we see in the next few years? The answer is we don’t know.”

A pathologist speaks about what the shot does to your brain and other organs.

“11,000 deaths and where are the autopsies? Is this science anymore? …the spike is the toxin. Why are we injecting something into the body that IS the toxin, it CAUSES the disease, this isn’t a vaccine”

“So how can we do science if we are not looking? If we’re not doing the autopsy, how are we going to know.

“If we have $billions to advertise a clot shot to children who don’t need it, Dr Fauci, where’s the funding for science?”

What we do know is that the spike protein doesn’t stay in the site of the injection as stated by the vaccine manufacturers. It lands in multiple organs in the body. The Harvard study showed it circulated for at least 2 weeks. The spike is the toxin. So why are we injecting something in the body that causes the disease. This isn’t a vaccine.
The spike protein blows apart your mitochondria. That’s from the vaccine. Not the virus!
They keep lying to the public calling it a vaccine. They keep saying its approved when it is investigational — an experiment on humanity. The spike protein crosses the blood brain barrier. Why in the world would we put a toxin into the human body that’s going to disrupt the blood vessels in your brain and allow the spike in there and cause inflammation. The brain fog we’re hearing about in Covid patients is in the post-vaccinated damaged individuals as well.
Autopsy results show inflammation in the heart. Once the heart cell is damaged it doesn’t replace itself. We are injecting our children with a toxin and ruining their hearts for life.
This is no longer good science. This is a poisonous attack on our society and it needs to stop now.
The video shows damage to kidneys, liver, testes and ovaries.
The Pfizer literature clearly states that in the animal studies there was a 16% decrease in fertility in rats.
Covid is a clotting disease. After the shot
there are numerous instances of micro blood clots as seen in a d-dimer test.
They’re lying to you saying that the immunity from actually getting Covid is not the same as the immunity from the vaccine. Studies show it is 13 times more robust and those who have an acquired immunity have a much greater chance of being seriously affected by the shot.
Billions of dollars have been spent advertising a toxin. Where’s the funding for real science. They don’t want you to see what is happening.
No long term safety data. What is the risk for cancer, autoimmune disease, impairing fertility, after the shot? We don’t know. So why are we pushing a vax without knowing. This is complete anti science.
We’re seeing complete dismissal by the collusive media. That’s a problem. Why won’t they believe the science? They dismiss the science.

Latest PHE (Public Health England)  report reveals the vaccinated account for 56% of Covid-19 cases, 61% of hospitalisations, and 77% of deaths which are 11 times higher than this time last year when there was no Covid-19 vaccine 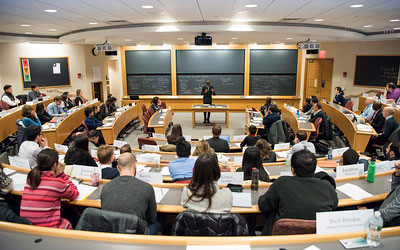